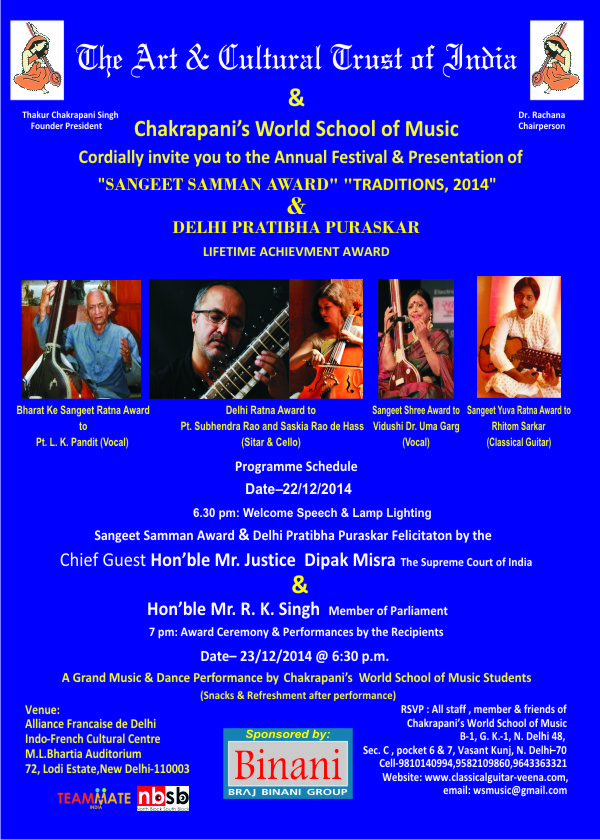 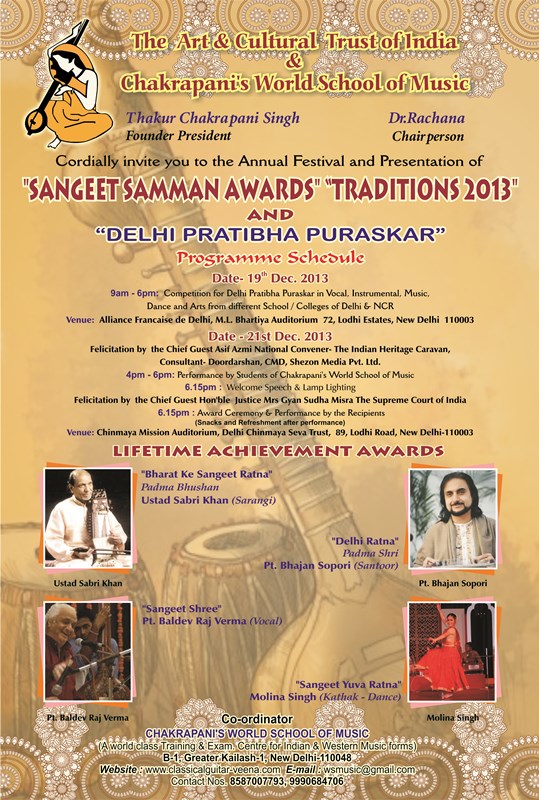 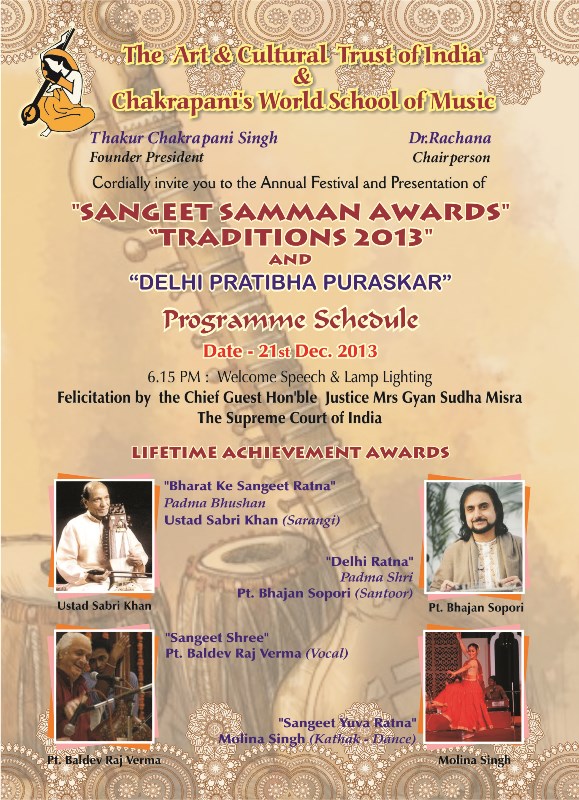 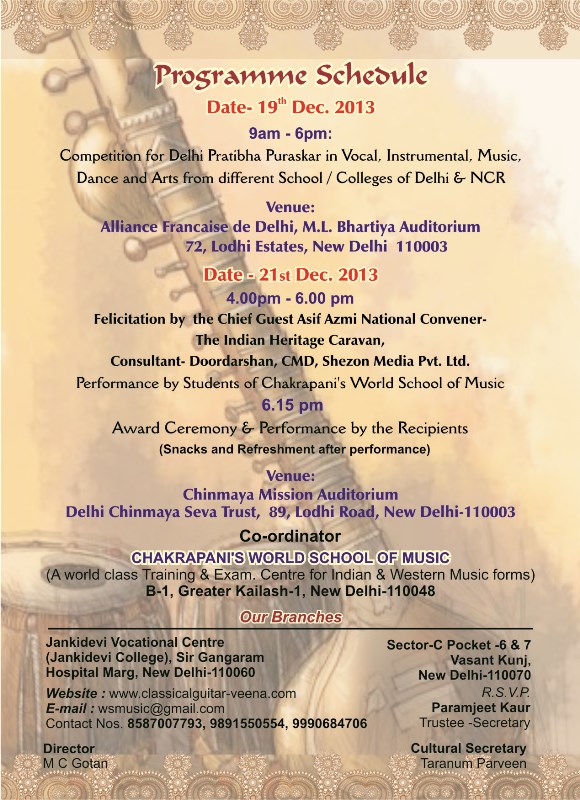 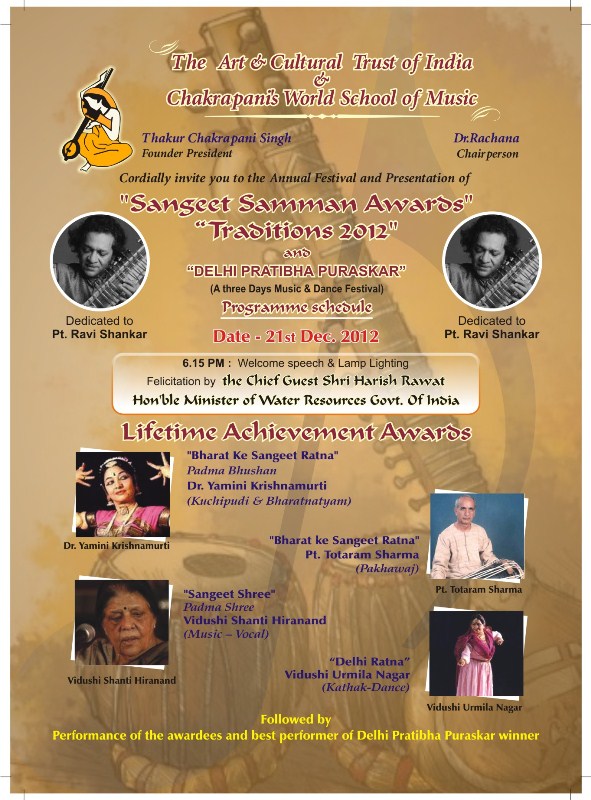 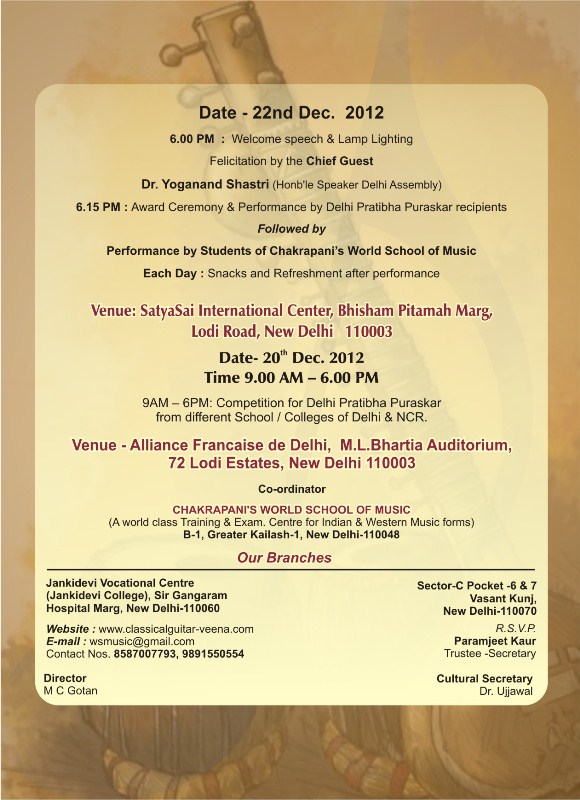 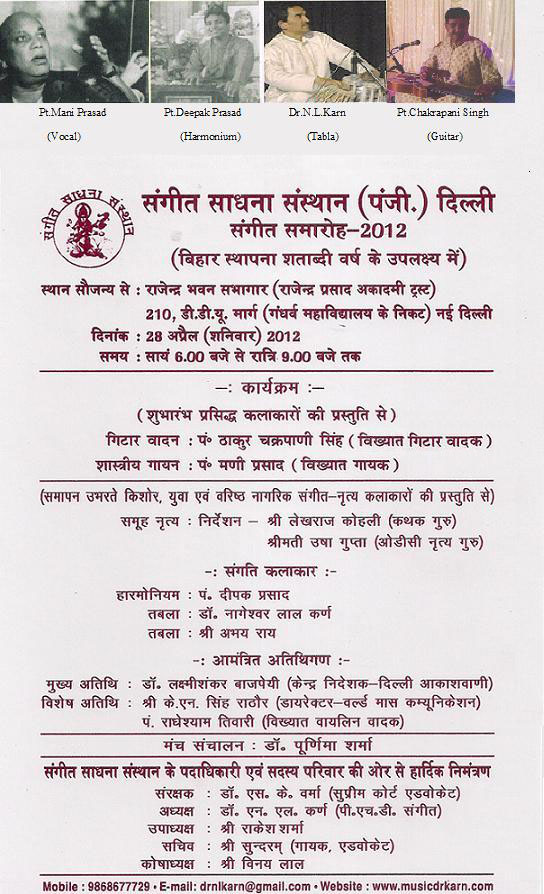 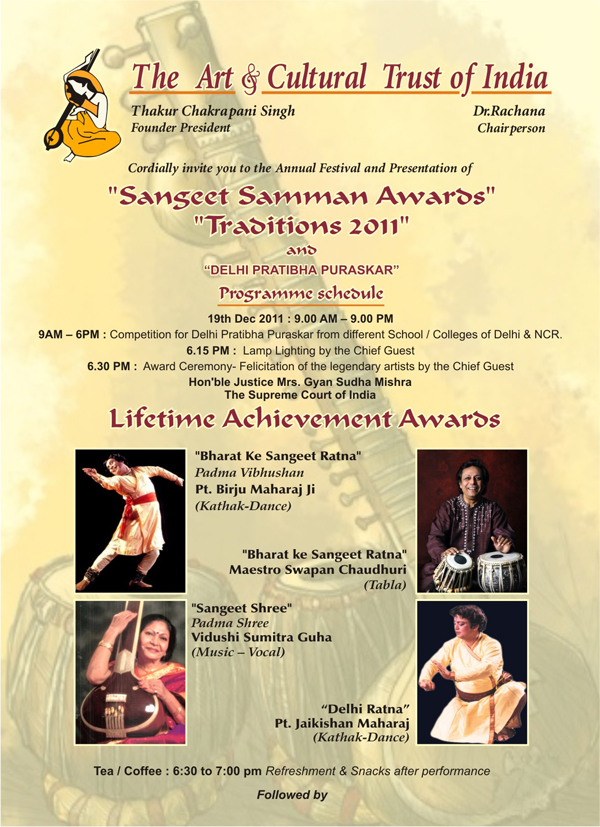 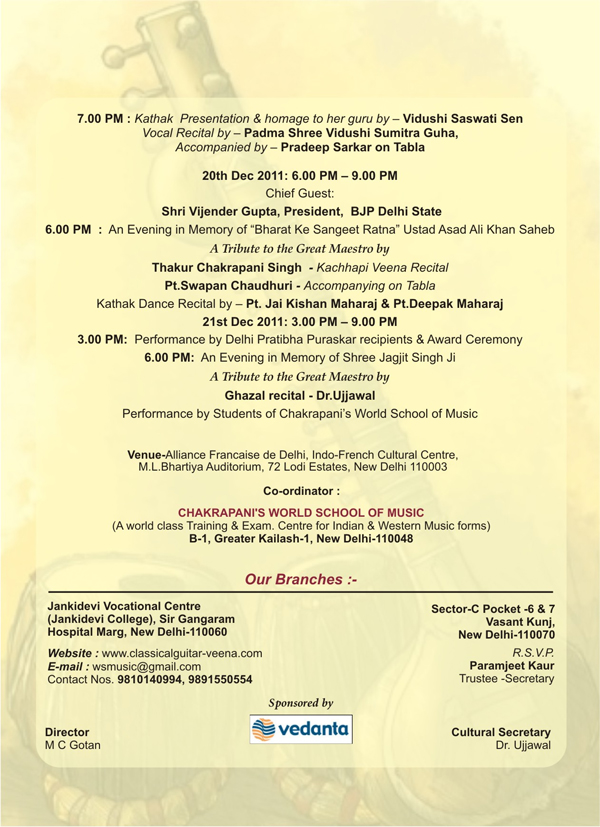 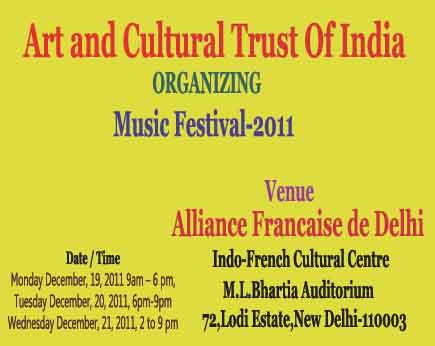 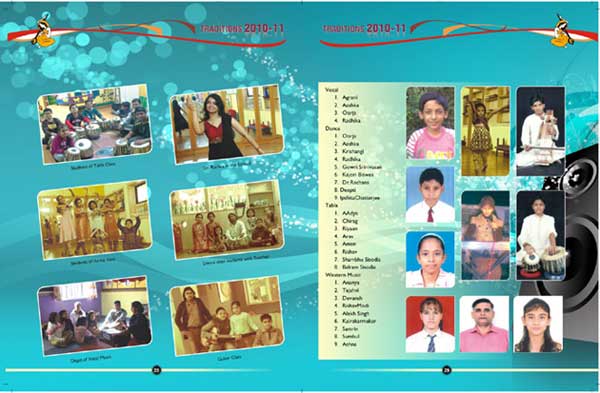 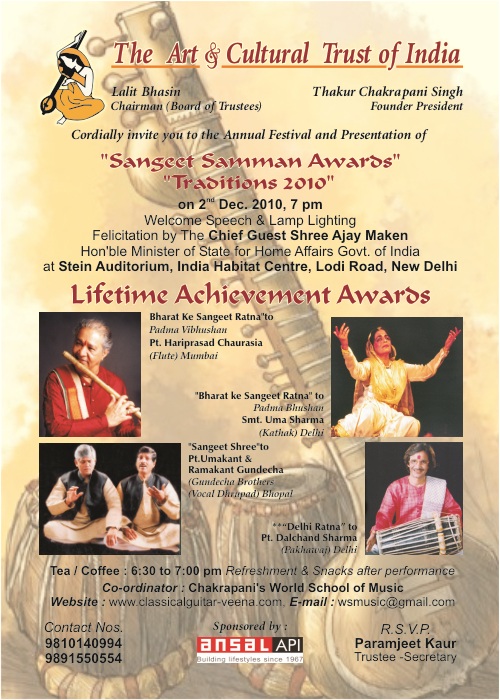 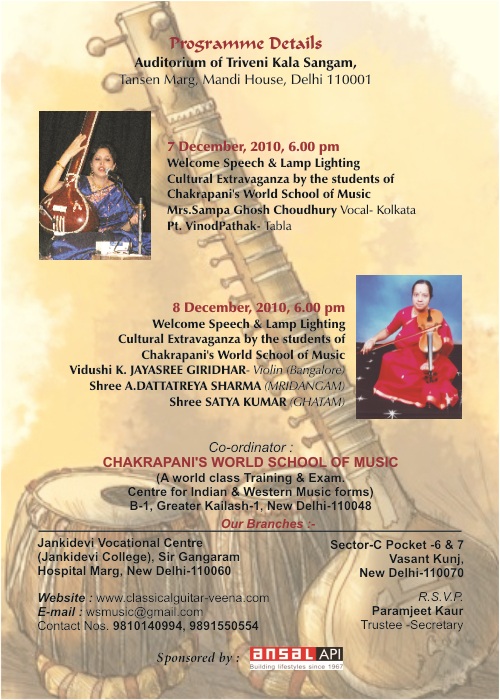 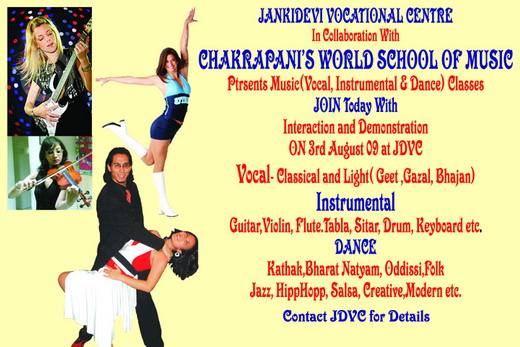 Art and Cultural Trust Of India 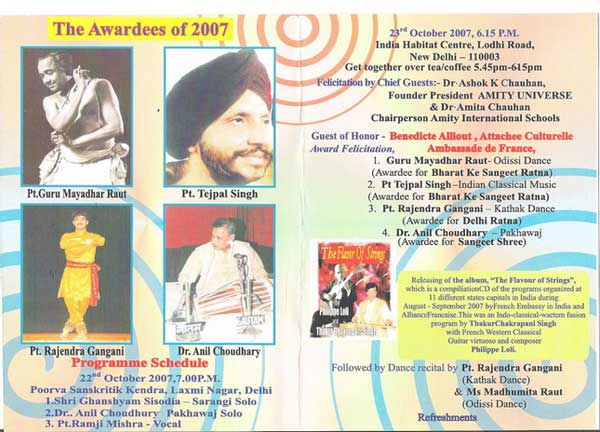 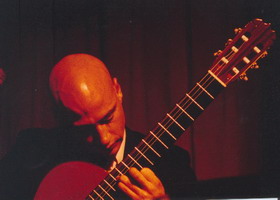 French Embassy in India, through the Alliance Francaise network in India, organises the tour of Philippe Loli from France and

The Artiste will be in concert on the following dates, performances organised in each city by the Alliances Françaises

Art and Cultural Trust Of India

Chakrapani's World Scool of Music is celebrating World Music Day in school's premises today (21/06/07) at B-1, Greater Kailash-I. You are cordially invited to the program. This program will be live telecasted between 6-7 pm today on the Dilli Aaj Tak Channel.

The Chakrapani’s World School of Music 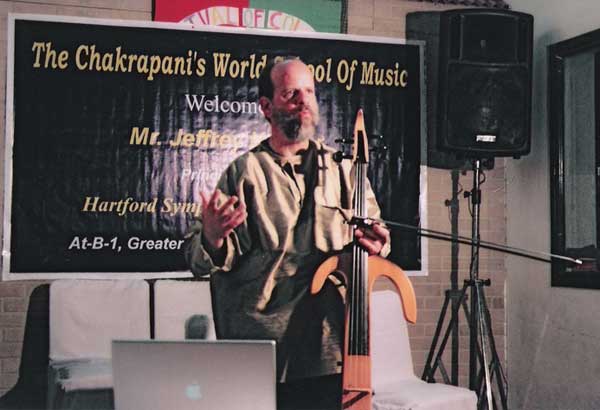 Cordially invites you to

An Evening on the Cello

Security check by guards at the entrance

Mobile phones to be left at the reception

We regret any inconvenience these measures may cause you.

Under the aegis of The Art & Cultural trust Of India Chakrapani’s World school of Music Delhi is going to organize monthly cultural programme for & by budding & up coming artists at India Habitat Centre. The Concern artists requested to send us their profile by email ( wsmusic@gmail.com) to us. 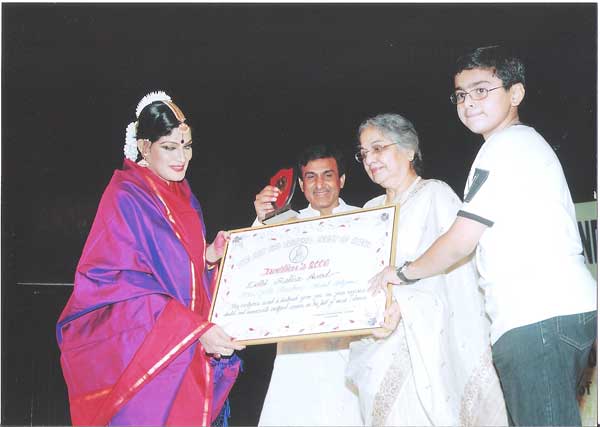 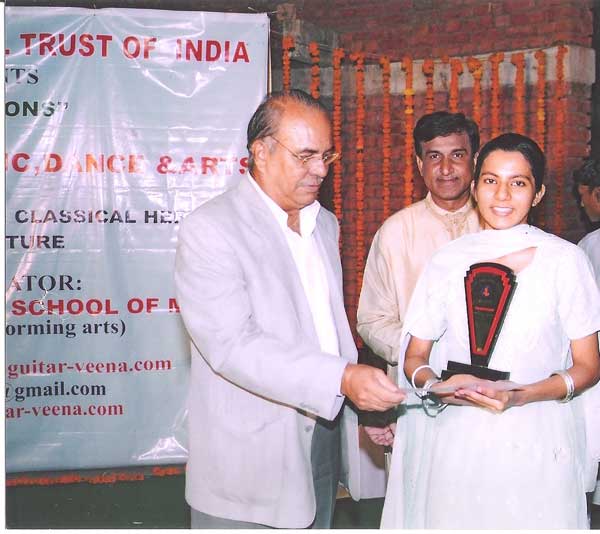 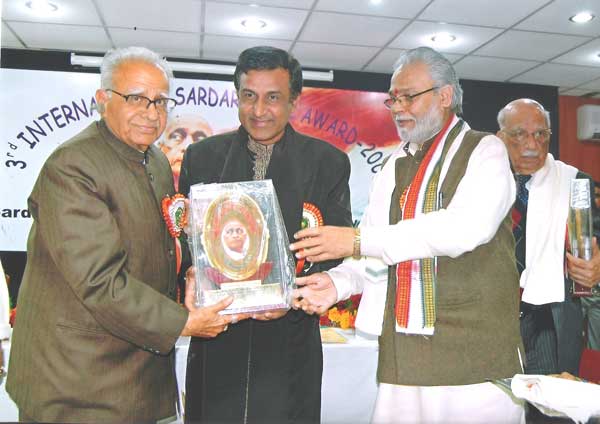 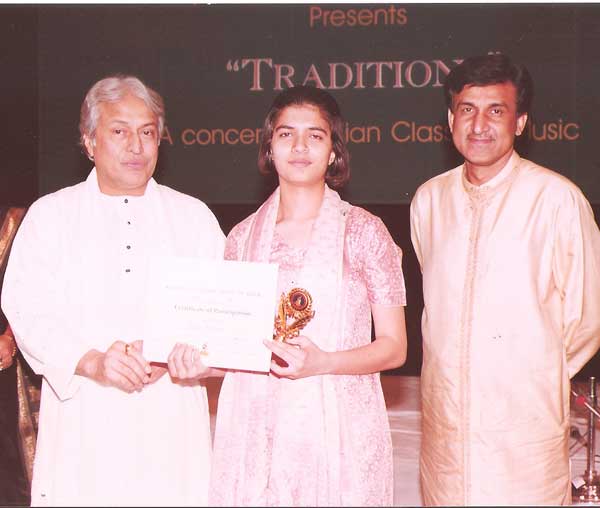